A solo for Felix Ruckert

David makes a solo for his former employer & mentor, the Berlin-based choreographer Felix Ruckert. It deals with the private & the public, the consistencies & discrepancies between the two, & questions the meaning of the terms themselves. Felix has already been accused (by David) of constantly playing a role. Does the “real Felix” even exist? & if so, can he be made visible? Or does he only consist of what others project onto him? Will David succeed in turning around the roles that Felix & he were working in for several years? Or in re-interpreting them? 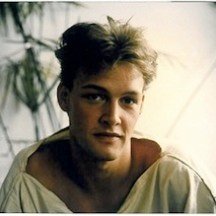