A Solo for Maya Lipsker

In July 2011, i worked with the Israeli dancer & choreographer Maya Lipsker to create a solo for her that took place mostly by candlelight in a friend’s apartment. In the Jewish tradition I grew up in – Ashkenazi, Diaspora Judaism, there was a certain body image of Jews as being bookish, intellectual, living mainly in the mind. Scholars, scientists & artists (although not so much dancers) were among the role models & flag bearers of Jewish identity. Whereas we did have Woody Allen, there weren’t quite as many Jewish athletes to look up to (although going back to the early part of the 20th century in Europe & the United States, they were certainly there if you looked for them – between 1903 & 1935, there was always at least one Jewish boxing champion each year in the U.S.).

The physical opposite were always the Israeli Jews: strong, athletic, sexual, confrontational, taming the desert (& not afraid of anyone, as opposed to us in the Diaspora, where the alienation from our bodies & senses was complimented by a self-image as victims).

A central theme for me to examine in this project was be to find out what lies beyond these stereotypes, & what the image of the Jewish body in the Diaspora & in Israel are really like. Or, of course, if there ever can be such a thing as a “Jewish body”.

Working with Maya, questions also arose about the body as an archive of information, cultural, familial, personal. We carry our family, & our tribe with us physically.

Everything we ever experienced is written in our bones & on our skin, defining our structure & our surface. It can be a burden or an enrichment, but in any case, we will pass it on. 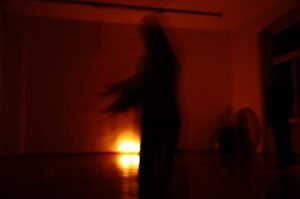 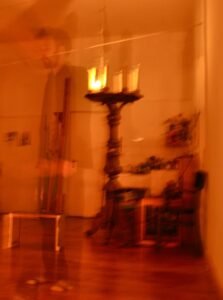 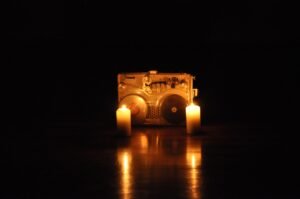